Here’s a story about a house…or two, once known as the siamese twin homes of Lafayette Square. 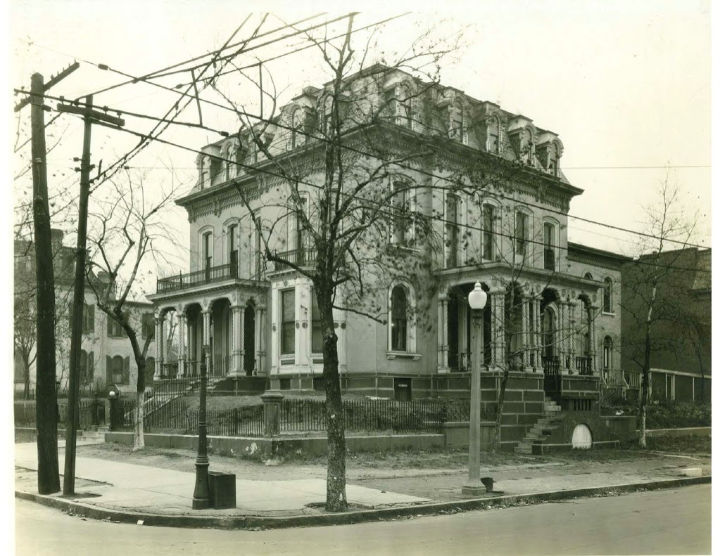 The Square displays several architectural styles of the late 1800s. An example of a rare one that no longer exists was the house at the very corner of Lafayette and Mississippi Avenues. It was built in the Philadelphia style, a 2 ½ story duplex building set on a high foundation, with one shared wall and main entrances on two different sides.

Sheble was a noteworthy resident. He worked on riverboats since the age of 17, and became a captain on Indiana’s Wabash River. In the Civil 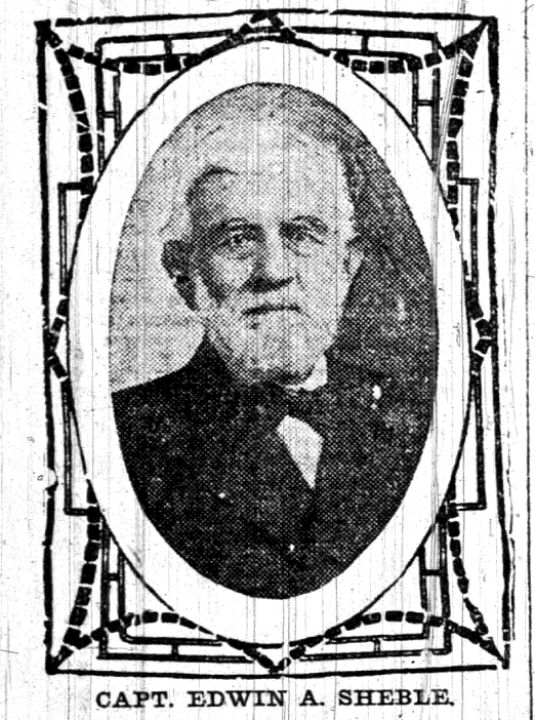 War, he conveyed men and supplies on the Mississippi River, serving Grant at Vicksburg and Canby at Mobile. He owned or piloted two dozen steamboats during a long career. Sheble was also a successful businessman; president of the McMurray Judge Iron Works, member of the Merchants Exchange, and on the board of the Mullanphy Emigrant Relief Society. His last steamboat was the “City of Alton,” which he turned over to his river pilot son in law Horace Bixby, upon retiring.

As an aside, a young man with wild hair and a hankering for life on the river came to Sheble in 1857, offering $500 ($100 of it as cash) for an education in piloting the Mississippi River. Sheble consented and Samuel Clemens learned to be a ‘cub’ pilot under both Sheble and Bixby. He wrote both Tom Sawyer and Huckleberry Finn while working the river in this capacity, with stints on several boats through 1861. When his steamer took hostile gunfire near Jefferson Barracks in 1861, Bixby reported “my pilot went west.” 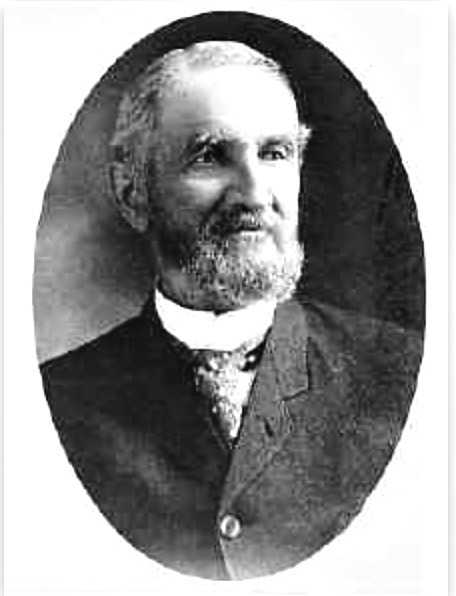 Horace Bixby (1826 – 1912) married Sheble’s daughter, Mary in 1868, after duties as a gunboat pilot on the Mississippi during the Civil War. He commanded steamboats, plying the river as far as Montana, over a career that was ended only by his death at the age of 86. Something about working the river graced Bixby and Sheble (as well as Twain, who lived to be 75) with long and full lives.

But back to the house; it had two addresses, 1909 Lafayette Avenue, owned by Horace and Mary Sheble Bixby from 1882, and 1622 Mississippi Avenue, residence of Edwin and Elizabeth Sheble.

1622 Mississippi was owned and occupied by the Shebles until purchased by John Hogan in 1891, then by Sigmund Freund, a prosperous dry goods retailer with a big store at Broadway and Carroll Street. The colorful “pallbearer for old mansions,” William Swekosky noted that  Freund was a real estate speculator who owned dozens of corner locations along South Broadway. His children expanded the family business into gas stations and movie theaters, running up the family fortune “as their weakness; not a bad disease.” 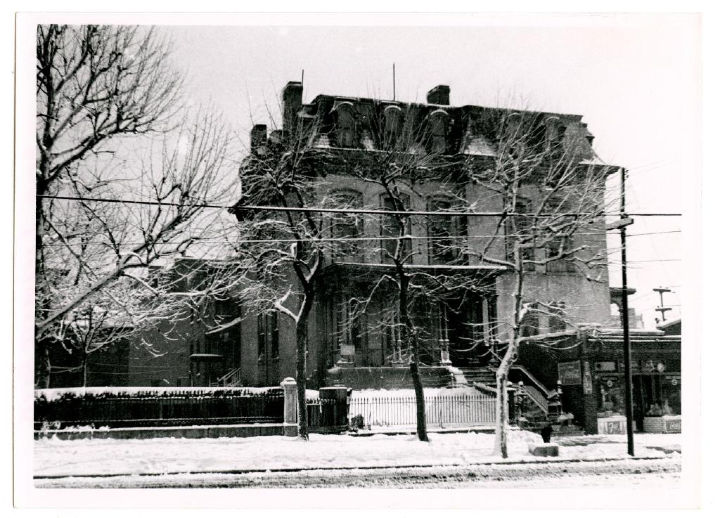 The Bixbys and the Shebles lived happily in their close proximity. The 1909 Lafayette portion of the residence was often leveraged as collateral for capital Bixby needed, and ownership was held at various times by the Memphis and St Louis Packet Line, the Missouri River Packet Company and the Kansas City Packet Company. Bixby was able to own it clear in 1882. He sold to a real estate company a decade later, and that half of the mansion was rented to Edward Watts Saunders, St Louis’ first pediatric specialist and founder of Bethesda Hospital.

After 1900 Dr. Orion Bedell bought the 1909 side and practiced dentistry, with his chair looking out onto Lafayette Park, In 1917, this half sold and became an upscale rooming house.

In 1894, Freund bought the 1909 Lafayette half of the house, making him sole owner. His five sons lived in the adjacent Mississippi unit until 1921, when they sold both to Sam Shapiro. 1622 then joined 1909 as a boarding house. 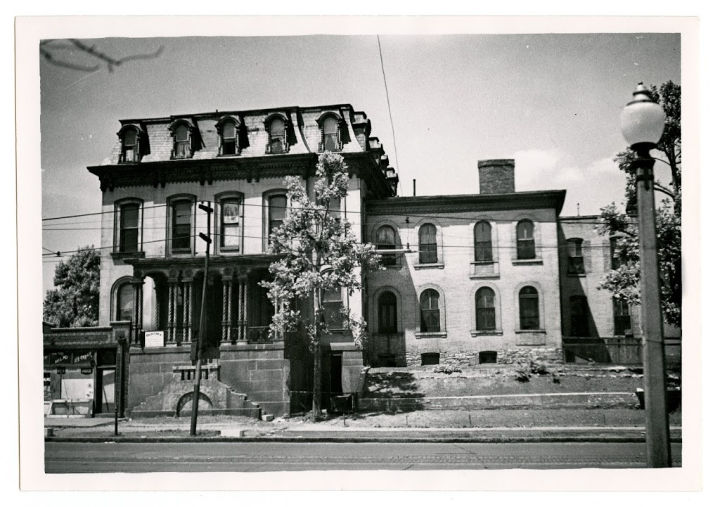 In 1925, Shapiro sold the house to Alex Thodoroff and Theodoro Gork who built a store in front of 1909 Lafayette. You can see part of the store in either the photo above or here. Greek interests in the property continued until Nick Katsaros sold the property in 1962, to Reverend CL Morrison of the Gateway Temple Church. The house was torn down the next year for construction of a church to replace Morrisons former location which was scheduled for destruction by the interstate system. It served as the church school for years, finally moving to the German House near Jefferson Avenue.

After a decade as a two story brick school, the Gateway Temple School merged into their church at 2345 Lafayette Avenue, a now boarded structure with a fabulous history as the German House. The school was razed in the early 2000’s and turned into Mississippi Place, about as nice a collection of 19th century new homes as you can get.

The most appealing aspect of the house on “Steamboat Corner” today is that Gilded Age builders maintained the distinctive Philadelphia style in their version. Well done.

From The Lawrence Group c2006

House photos and histories aided by summaries of William Swekosky, currently in the Missouri Historical Society. Summaries were written in 1962, when the building faced demolition and needed a “pallbearer”.

The St Louis Star and Times of May 26,1943, for a good description of the Philadelphia style and Bixby House. The same paper of May 28, 1943 yielded a good profile of the Sheble House.

I traced some of the routes taken by both Sheble and Bixby by consulting The Steamboat Bertrand And Missouri River Commerce; Ronald Switzer; 2013; University of Oklahoma Press.

For more information on Edward Watts Saunders, have a look at the essay about the Mothers and Babies Camps of Lafayette Park at http://lafayettesquare.org/1918-mothers-and-babies-tent-camps-in-lafayette-park/