February 25, 2022/Mike Jones/Comments Off on 2020: Lafayette Park Ferns – Of Fiddleheads and Rabbit Holes

We live in a neighborhood steeped in its own history. The times change fast, but it’s comforting to consider the constants around us. Lafayette Park holds a big bouquet of them.

Walking around the grotto, with its pond, bridge and drusy rock accents, notice the profusion of some relics from the past – the lovely ferns. These guys are survivors, for sure. They’re adept at adapting, and you’ll find them in deep shade, poor soil and even high in the canopy of rain forests. Some have been unchanged, right down to the chromosomal level, over 160 million years. You know just what you have with a fossil fern. 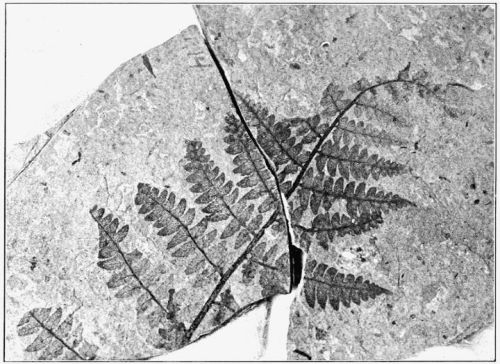 Despite its many other issues, this spring brought perfect weather for ferns. A walk through the grotto offers a glorious, primal feel, perfect for kids. There’s a lot to learn from a fern.

The solitary sex life of a fern

If you ever want to begin a discussion of birds and bees, don’t start with ferns; they don’t produce gametes, flowers or seeds at all. They reproduce through spores found on the underside of the fronds (check it out, they’re easily visible). The life cycle of a fern reproducing through sporation involves interaction between two different plants only every other generation. They can propagate asexually through rhizomes, which are outgrowths from the lower stems that form new roots and shoots. This also makes them easy to divide and replant. Sometimes they reproduce via platelets that form on the fronds like baby ferns. The platelets drop to the soil, then fern for themselves. You almost need a scorecard to follow the options, but they make the fern a champion “switch hitter.” 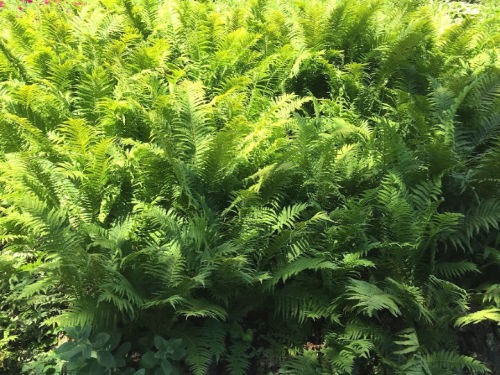 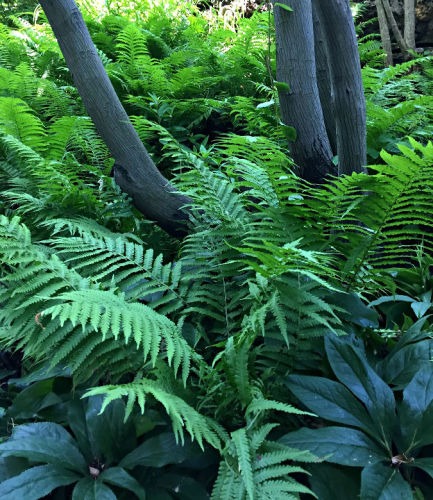 Ferns are individually delicate, but you wouldn’t want to accuse the New Zealand All-Blacks, arguably the world’s best known rugby team, of choosing a wimpy design with their fern logo:

To infinity and beyond

Another thing to consider is infinity – always a deep subject. There is a thing in math called the Mandelbrot set, that characterizes fractal geometry. That is the nature of a simple pattern in nature to be repeated over and over, smaller and smaller. It’s easier to show than describe, so please check out this brief demonstration of a fern fractal-ing:

Fractals are a rabbit hole of nature, and one can get lost in contemplating a fern. That might explain why the Victorian era British were obsessed with ferns. They appear on canvas, paper, pottery, wood, and sculpture of that period. The condition was called pteridomania. Just at random, here’s an antique cast iron bench design: 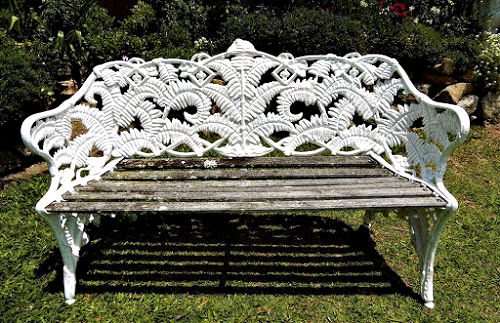 The craze crossed the Atlantic a century later, when, in the 1970s, fern bars became a thing. A tasteful example is the McCarren Hotel’s restaurant in New York City, still at it today: 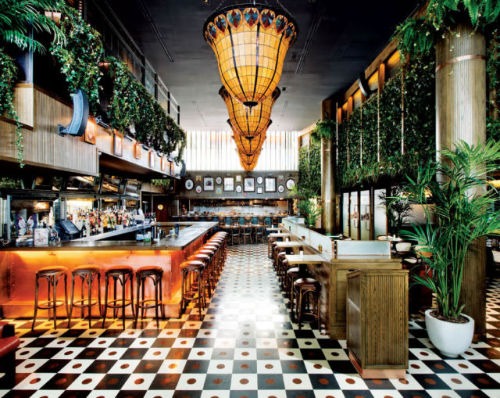 I prefer my ferns, like fractals, in a garden somewhere. The one Lafayette Park volunteers tend in the grotto are spectacular right now. Free to see! Send the Lafayette Square Conservancy a donation (http://lafayettepark.org/donate/ ) and they’ll keep working to expand the joy of strolling through nature’s marvels.

Thanks to research sources:

A miracle of our time; Wikipedia, at https://en.wikipedia.org/wiki/Fern

The boggling world of fern reproduction is nicely covered in “The Method of Reproduction in Ferns; SFGate Home Guides; Victoria Lee Blackstone at https://homeguides.sfgate.com/method-reproduction-ferns-74716.html

Fascinating fractals are worth sharing. A good resource is The Conversation, a blog dealing with big things, well studied and presented. Their take on fractals, via a feature called “Explainer” is at https://theconversation.com/explainer-what-are-fractals-10865

And the fractal YouTube animation above is from Rick Tu in 2012. The characteristic shown in this demo is “zoom symmetry.” If you’ve felt disoriented on a Zoom call with friends or relatives lately, this might represent the way you felt.