The Archives database designer and mapping wizard, Dean Hand, brought a truly powerful feature to the Lafayette Square Archives https://www.archives-lafayettesquare.org Most of us routinely use Google or Apple maps to help navigate directions. Some folks might be functionally lost without them. As good as they are at getting you from A to B, neither has the depth you’ll find in the mapping app we use, called OpenStreetMap, a collaborative wikimap of the world. In the Archives search tool, you can use the map in several ways, and we encourage you to experiment with it.

I recently took a look at an enlarged view of Lafayette Park, pretty amazed at what the map recognized.

If you look at the Google map set for the same level of resolution, you’ll see this: 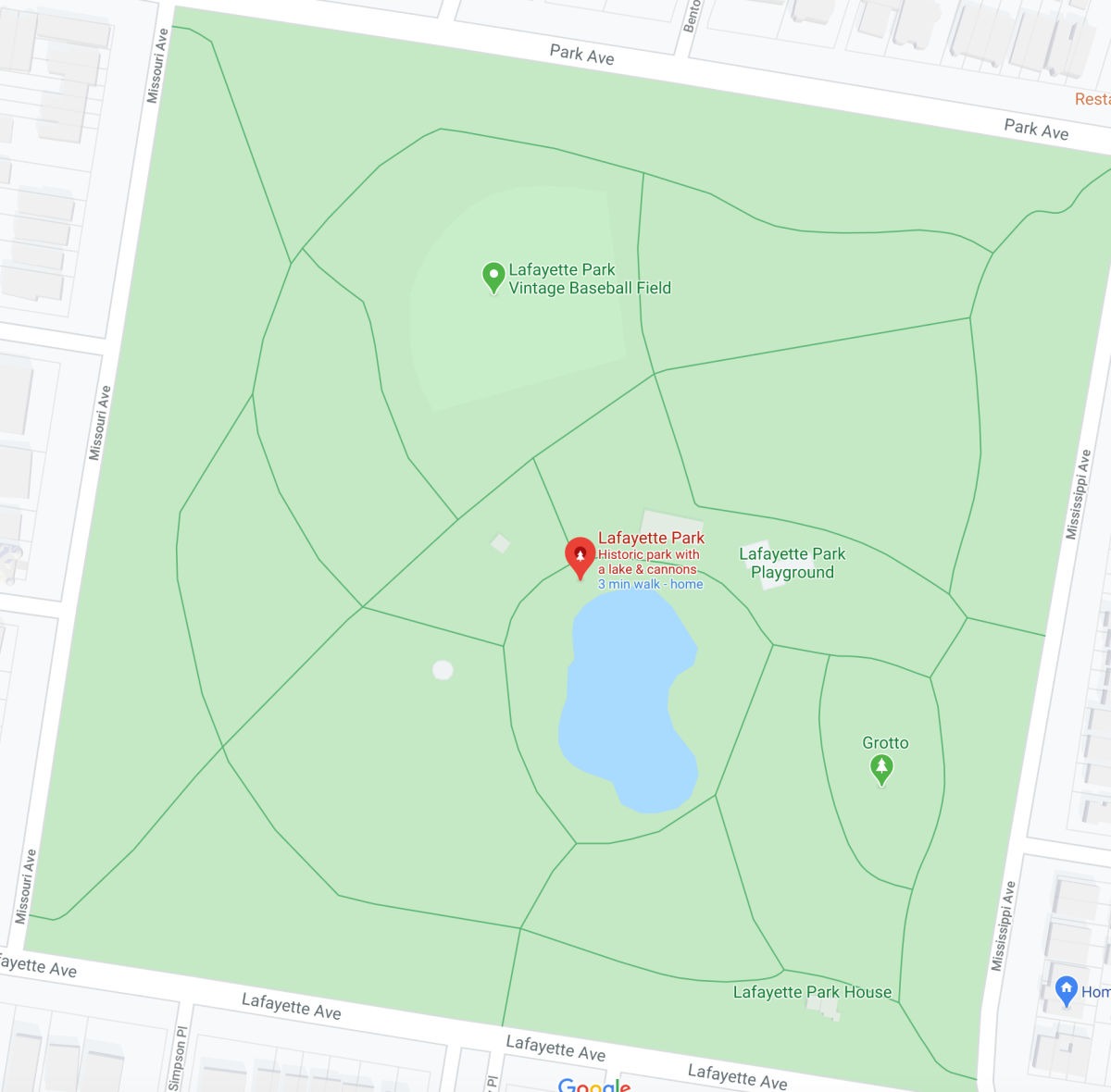 Not to kick – you get the playground, pathways, grotto, baseball field, and time to walk from the Park lake to my house. But here’s the beauty of the OpenStreetMap: 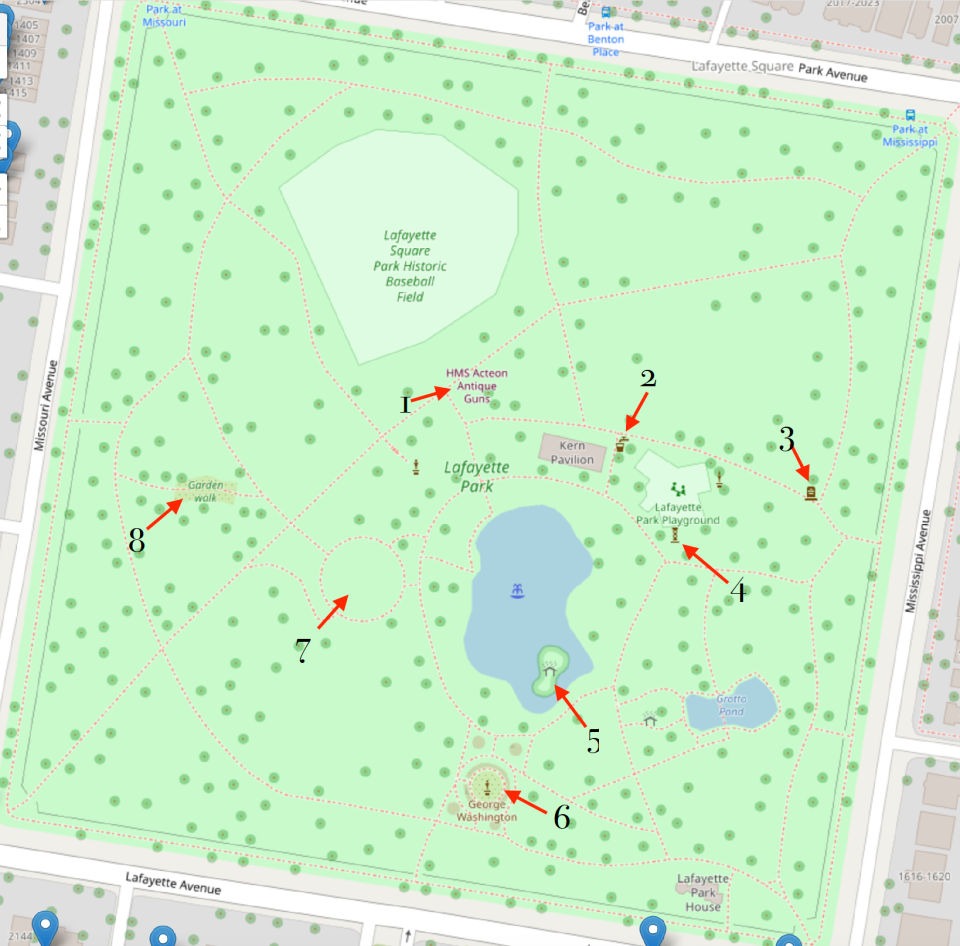 Lakes! Trees! Bus Stops! Not that we want you to strain your eyes while reading this; here is a brief tour of eight park highlights featured on the map:

These guns, guarding the eastern approach to the Park, are from a British Man-o-War sunk during the Revolutionary War, and presented to Lafayette Park in 1897. They were recently restored by the Lafayette Park Conservancy. You can find the full story in its booklet, “The Guns of Lafayette Park,” available for $5.00 at most Conservancy events. 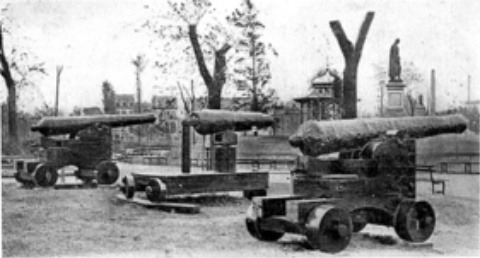 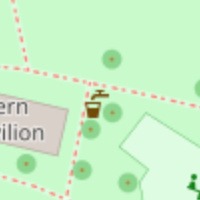 A place to hydrate on a hot day, equally suitable for pets and pedestrians. It’s conveniently between the Kern Pavilion and recently enhanced playground area. 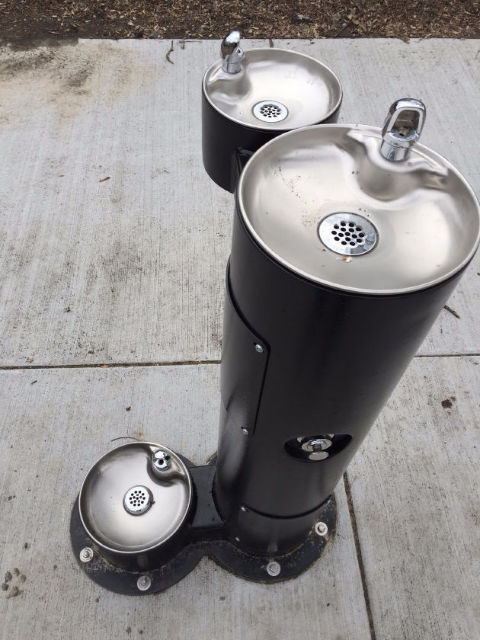 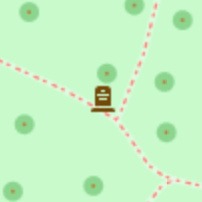 An open spot today; in 1956 it was the nation’s first placement of a conceptual splash fountain, artistic set of colorful concrete cubes and a 10 ton cement spiral slide. It was the gift of local philanthropist AP Greensfelder. More on both here: http://lafayettesquare.org/1956-the-parkmaster-of-lafayette-square/ 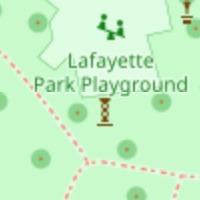 4) “Max” the frog has sat patiently at the southern edge of the playground for the last fifteen years. Like its partner turtle on the northern edge, it is oversize, realistic and made of concrete. A product of the always fertile mind of late sculptor and longtime resident Bob Cassilly, it is one of a colony of frogs, including one at the New City School and another in a field off Highway 65 near Springfield, Illinois. Ours is named after Bob’s son, and has     proven itself Instagram-worthy for lots of visitors hopping on top 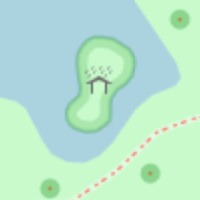 5) The Al Doede Memorial Duck House sits near the Southern shore of the big lake. It was built in 1994 as a memorial to one of the first of the new wave of restorationists in Lafayette Square. The neighborhood raised over $4000 to build this version, replacing an original that stood in the same spot since 1874. 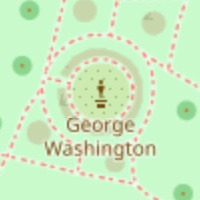 6) The George Washington statue by Jean Houdon has held this place in the Park since 1869. One of the original recasting of five, there is a fascinating history surrounding its origins and placement here. It wasn’t easy to hold on to, and it’s never looked better. You can read more in the booklet, “George Washington In Lafayette Park”, available at most functions of the Lafayette Park Conservancy for $5.00. Save the date for our morning fundraiser for its maintenance; to be held at Sqwires Annex, May 23, 2020 at 10:30 am. 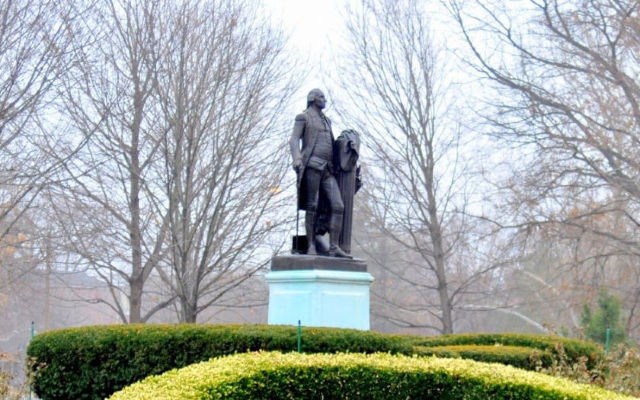 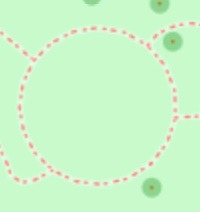 7) This is an often asked-about site in the Park. Until 1951, the ruins here was a covered bandstand. Originally placed in 1876, its dome was blown off in the great tornado of 1896. It was quickly rebuilt, but the glory days of live concerts every Thursday afternoon had passed. There is an ongoing effort by the Conservancy to raise funds for its restoration at http://lafayettepark.org/current-projects/ 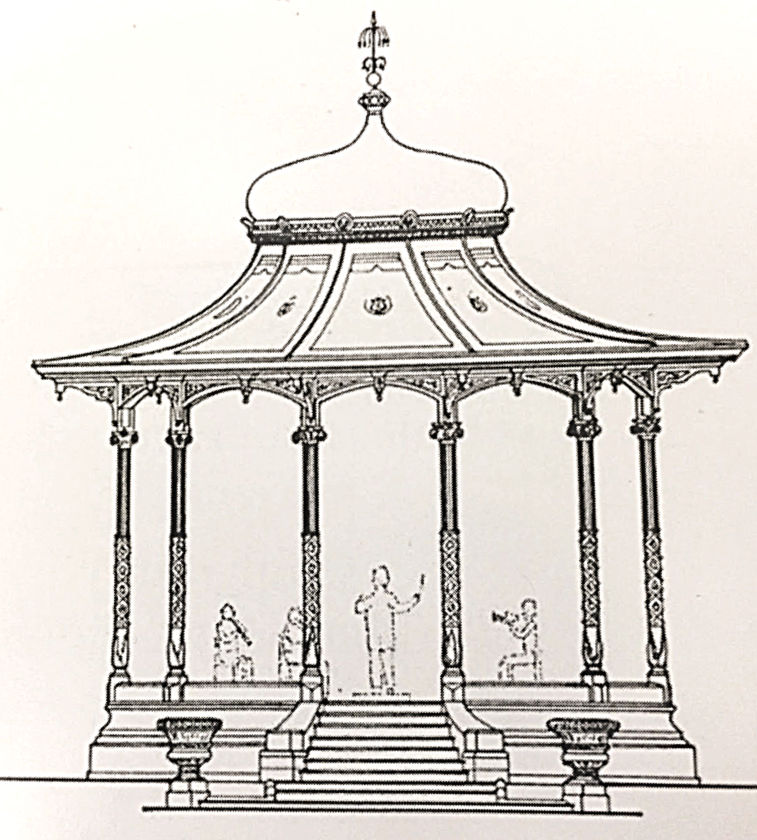 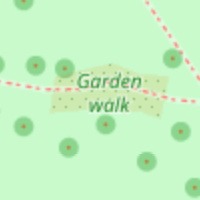 (8) Our final stop today is variously known as the rockery or rock garden. It’s filled with flowers amid a riot of drusy quartz stones, originally placed in the park during its original landscaping by Max Kern in 1866. This was once a pond with fountain and small waterfalls, but the recessed area now makes it a lovely shady spot in the summer. So there you are – a map that really takes you places. Lafayette Park has much more to reward your walk – the grotto with its iron bridge, the iconic fence, Old Police Station, Benton statue, and Civil War history. If you want to get closer to it, consider volunteering for one of the many community projects involved in its upkeep. Gardening, tree trimming and planting, fund raising; these can give you a sense of partnership with the Park. Find the Conservancy at http://lafayettepark.org/contact-us/