1995 – Ruth Weighs In On A Lafayette Square Milestone

Ruth Kamphoefner With Some Timely Observations As The LSRC Turns 50

Back in 1995, first-wave restorationist and Lafayette Square MVP Ruth Kamphoefner wrote a tidy summary of her observations and cautionary tales from 25 years in the neighborhood. It not only paid tribute to some outstanding doers, but seems nearly as appropriate today as it did then. I’m in awe of Ruth, and what she accomplished in her decades here. What I write is bound to be inadequate. She can better convey some of it for me. In her own words… 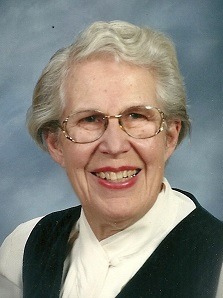 Early in the 1970’s, so many people came to house tours that we had lines in front of houses half a block long. So many properties were being sold that we envisioned the complete restoration of Lafayette Square within a year or two.

“Pretty soon we won’t need to have any more house tours!” I gloated to Jerry Ferrell, LSRC president at the time.

But it could happen. Now, 25 years later, I can see a few raggedy spots that either have never been restored, are deteriorating after a job poorly done, or are in danger of being sold for less quality uses – all because the houses are no longer selling as fast as we would like.

So let’s go back… How did those first restorers in the early 70’s accomplish their miracle?

We marketed the houses. Not real estate agents. Not one wanted to touch the Square. Here’s how it worked: An hour after I ventured into the Square, April 18, 1970, I had been dragged through four houses. Then a list of houses was thrust into my hands. I was called again a few days later. “Are you having any luck?” Well, I had already bought a house. And one of he four houses I had seen was being bought by Bill and Dean Keyes.

Technically, most of the houses on the list were not for sale, but the owner might have mentioned to someone that he’d like to sell and move to the county, in so many words, “get out.” That got him on the list. The list method was kept up for years until several real estate people discovered us. Kirby Greene was the first of them to take a sincere interest in the Square and trained many young restorers to market a house in a professional way.

Before that, all marketing was done grassroots style. At one of our first meetings, someone suggested we place an ad for homes for sale. Imagine: paying to advertise your neighbors’ homes without their knowledge! My phone number was chosen because I stayed at home working on my house while the children were in school. People called, picked up a list and negotiated their own bargains. Occasionally we badly goofed One day a radio DJ that had just moved to St Louis wise cracked (almost like Jack Carney) on the phone about whether we had any ramshackle houses for sale cheap. I didn’t answer very enthusiastically because I thought I was talking to some kind of nut.

The caller was Jack Carney! A few days later, Jerry Ferrell followed up with him only to learn that he had already chosen a house in the Central West End. Bill and Dean Keyes and Jerry continued to pursue him, so that he became one of our biggest fans and gave us many a free plan on KMOX.

Don Daniels, when he became president, also believed in do-it-yourself real estate sales. He went after a new school superintendent and other dignitaries, hoping they might settle in the Square.

Our strategy was to think cautiously and pessimistically but to do all our talking optimistically. No one breathed a word to prospective buyers that this area was a red light district. In the meantime, we began to restrict the livelihood of those nice little piano-legged ladies who plied their trade along Mississippi and Lafayette Avenues.

“Get the license plate number of anyone who slows down to pick one of them up.” instructed Dennis Mertz, a young lawyer who had recently moved to the Square. After finding the name and address of each license plate owner, he would write a letter to the owners home, addressed to Mrs.___, not Mr.___, warning the would-be customer not to soil our turf.

But two brothels remained into the 80’s and we’re more difficult to dislodge. We enlisted the help of the Vice Squad. That worked until the media caught on; one front page headline (on a slow news Monday) read, “Sin Rears It’s Ugly Head In Lafayette Square”. Just the type of  advertising we had tried to avoid!

Another thing we didn’t talk about: the fires. Weekend entertainment. Insurance fires – not hard to spot because the owners usually carried out the televisions a day before. And if there weren’t insurance fires, blazes still proliferated because the owners had heard that there properties would bring in more cash as vacant land (sell it to the government) than as land with buildings on it. Every teenager knew how to make a molotov cocktail, so often on Friday nights and all day Saturday we would hear the fire trucks screaming through the Square.

Result? We couldn’t get insurance. Hank Johnson to the rescue! He was the first and only agent in 1971 willing to put any faith in these old houses and the dedicated but greenhorn restorers who bought them. 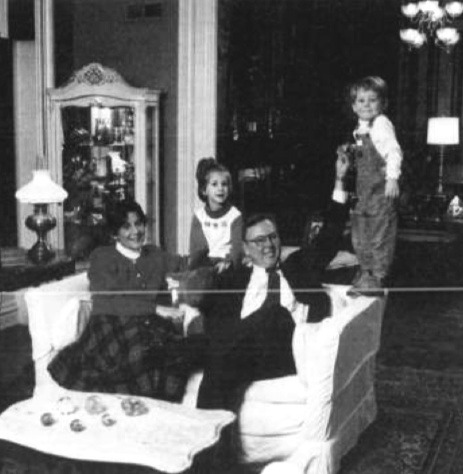 Hank Johnson and family in the Square in 1995. Greg Holzhauer’s Post article labeled this photo, “Taking A Pass On The Suburbs”

Who would loan money on a house in such a neighborhood? Nobody! The same Dennis Mertz volunteered each Friday afternoon to buttonhole St Louis bankers. He armed himself with a chart of all the money being invested in each house and a book full of before and after photos. That, and the house tour, with plenty of complimentary tickets being strewn about, whetted the appetite of some very gracious loan officers at Mercantile Bank. We now knew where to send our prospective buyers for loans. 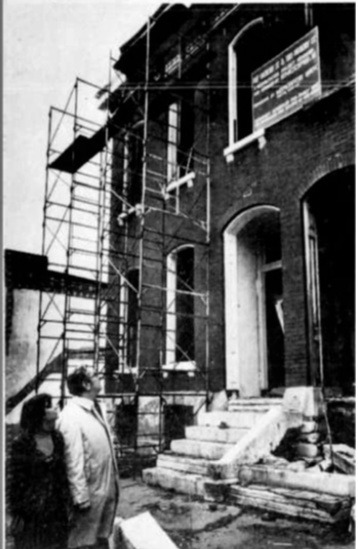 For a long time, the city fathers talked about “those wild and crazy people in Lafayette Square.” The spouse of the Park Director told me flat out what was fervently believed by most city officials: Lafayette Park would soon become a trucking terminal! Long vacant houses in the neighborhood stood as eyesores, but newly vacant ones were getting demolition permits right and left. (Long vacant houses had been stripped of goodies, but newly vacant ones had wonderful salvage treasures for the wreckers). The Building Commissioner laughed at us when we requested more restraint in the issuance of permits. “If I want to, I can condemn and tear down any one of your houses. All I need is the report of one defect – a broken window, perhaps.” (I had 18 broken windows in my house.) We called him “Snaky” Brown, and we had our laugh when a few months later he was convicted of taking bribes from demolition contractors.

The Seventh Ward godfather, Ray Leisure, and his relatives, Paul Simon and the Webbes, didn’t know what to make of us. We were a new breed to them – college educated lawyers, architects, engineers, teachers – not a welfare recipient or school drop-out among us. We didn’t go to Ray’s tavern to get parking tickets fixed. We invited him to our meetings. First, he ignored us; then he avoided us, refusing to meet at all. When, in 1974, Justine Wilderman uncovered the extent of his voting corruption, we jumped in and became political activists. We took menial jobs as poll watchers, challengers, election officials, door to door literature distributors, and envelope addressers.

All this was an adventure, but it wasn’t easy. When restoration-minded realtors finally began marketing our houses, a tremendous load was lifted from the shoulders of the first restorationists. Eventually, the LSRC could stop keeping the “list”. That was a glorious time because housing prices went higher and higher. All of us early restorers began calculating how much our houses would be worth if we really wanted to sell.

Of course, we were over-estimating because then came the new tax laws of 1986, and the sudden decline of housing prices. The media, who we first considered our best friends, began to look on us as a source of juicy crime stories, even though our per capita crime statistics are  lower than most other parts of the metropolitan area.

Real estate people work hard. I know, because I’ve been on the selling end many times. They can’t sell a house for a high or even a normal price if there are 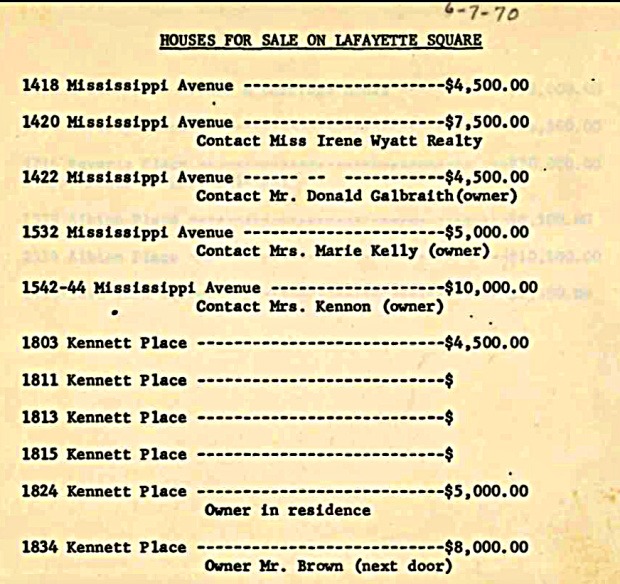 negatives about it or the surrounding area. It’s still up to us to do everything possible to improve every aspect of our neighborhood. Look up and down your street and alley. What needs to be improved and what can you do about it? Talk positive, but above all, do something about the problems. There’s a lot more to selling a house that a real estate agent can provide.

If you had to sell your house, you’d want the market to be brisk – you’d want a good price for all your hard work. Well, don’t sit back and wait for that market to appear out of the blue. You

are the one in partnership with the realtors, marketing the Square. Believe me, once you’ve helped eliminate the problems, you won’t ever want to sell out and leave this Square! Join me. I’ll see you at next Tuesday’s meeting!