Lafayette Park was dedicated in 1851 as the first public park in the City of St. Louis.

The 30-acre park had been set aside from the St. Louis Common Grounds in 1836. It is considered by many to be the oldest public park west of the Mississippi River.

Thanks to the Missouri Department of Conservation, we were able to commission a Tree Master Plan for Lafayette Park in 2016. The professionals at SWT Design, a leading landscape design firm in St. Louis, have provided us with the following documents that comprise this plan. 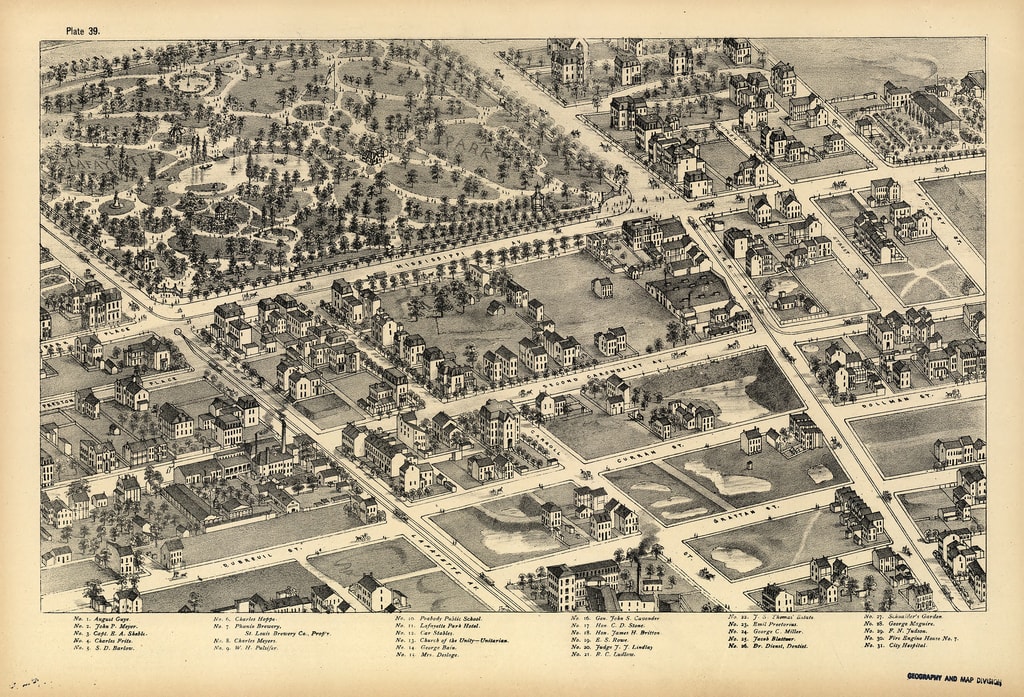 Host your next event in Lafayette Park! 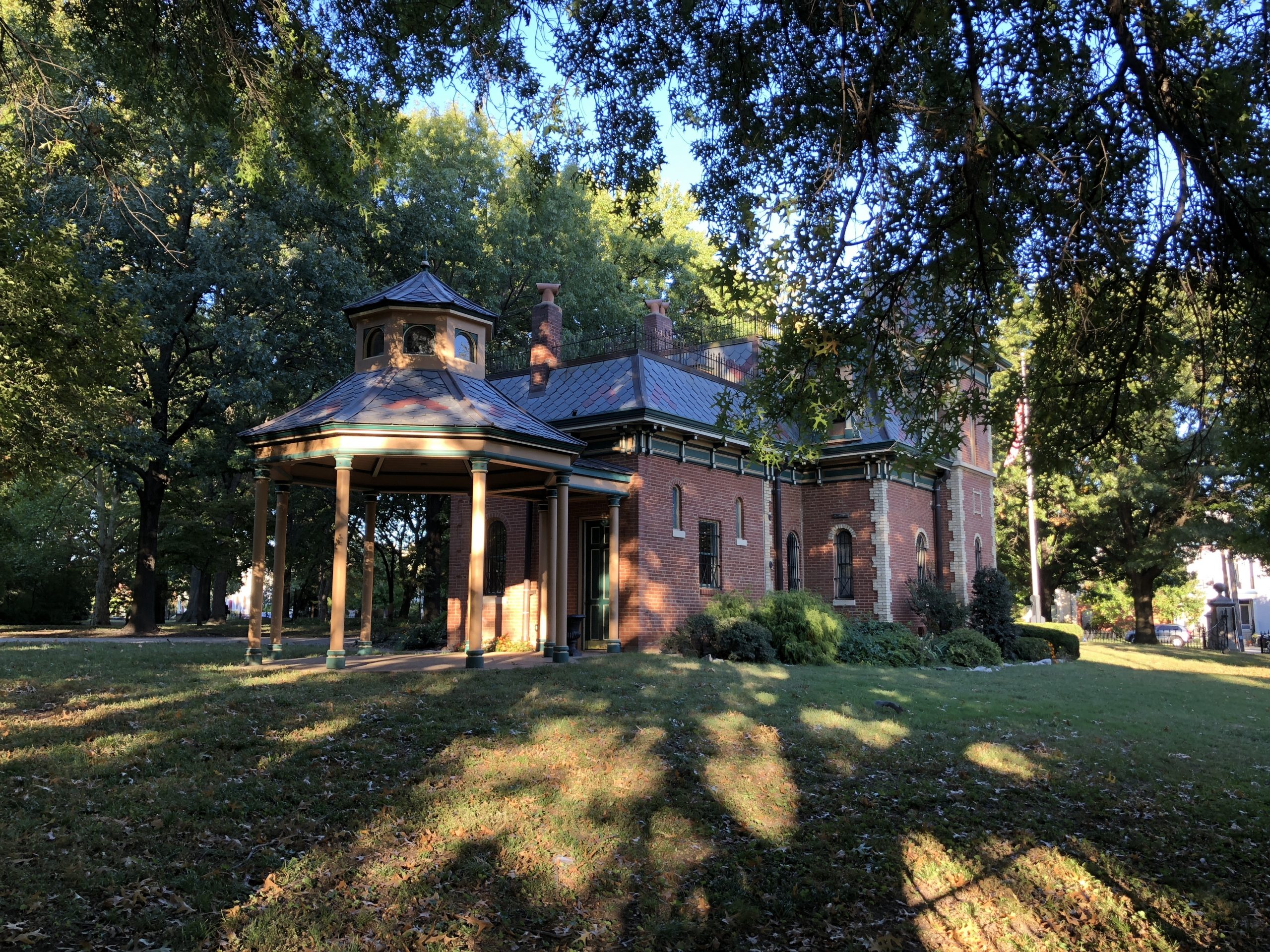 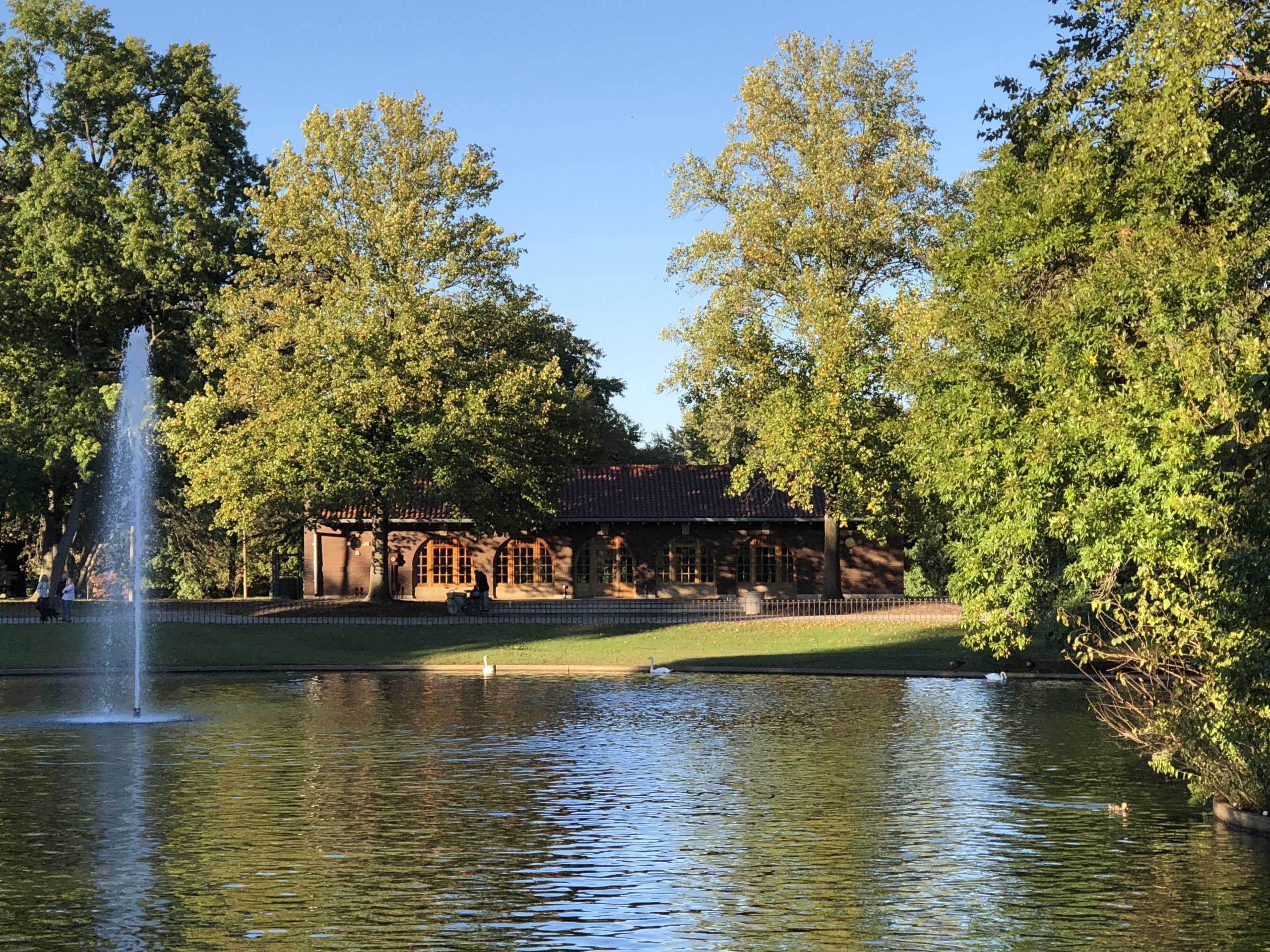 Vintage Baseball in the Park

The Saint Louis Perfectos are a Base Ball club playing by the rules and customs of the 1860's. They have been playing in Lafayette Park since 2002.

The Perfectos' game schedule is posted on our Calendar page. The first weekend in June is the annual Shepard Barclay Festival, the club's premier event for the season. 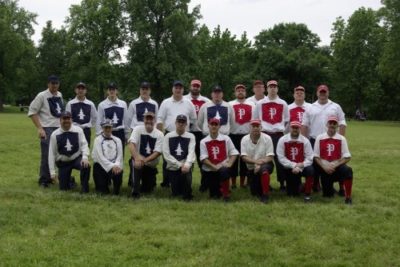 Courtesy of the Lafayette Park Conservancy

Visiting the Park in person? This Self-Guided Walking Tour of Lafayette Park may also be downloaded as a printer-friendly PDF.

1) The Park House, built in 1867 for use as a police station, now serves as an office for the Lafayette Square Restoration Committee and Lafayette Park Conservancy.

3) The Elizabeth Cook Pavilion is the third one built on this site. The original rustic "summer cottage" had a thatched roof.

4) Bronze casting of a statue of George Washington by French sculptor Jean-Antoine Houdon was placed in the park in 1869.

5) 1876 Music Pavilion was destroyed by the 1896 tornado. A second music stand, built on the surviving base, was demolished in 1951. Only the original base remains.

6) Victorians rode around the Main Lake in swan boats. The swan house and fountain are reproductions of the Victorian originals.

7) The Comfort Station was built in 1908 near the site of the Superintendent's cottage.

9) The Thomas Hart Benton statue, sculpted by Harriet Goodhue Hosmer and dedicated in 1868, was the first public monument in the State of Missouri.

10) A garden grows amidst Blossom Rock that once defined the edge of a lake featuring three fountains and a waterfall.

11) This stone urn is pictured in stereoscope views of Lafayette Park from the 1870's.

12) The Athletic Field was a military parade ground in 1858. Colonel Thornton Grimsley, a noted manufacturer and city alderman who favored Missouri's secession, trained his volunteer militia there.

14) Stately iron and stone gates erected in 1869. The fence and gates were designed by Francis Tunica

v5) Looking East to Mississippi Avenue: Second Empire townhouses, a flounder house at 1512, and Victorian houses with crested bays to the north.

15) The playground features turtle and frog sculptures by Robert Cassilly.

16) The Rockery was built in 1866. Only one Iron Bridge remains of two that replaced rustic bridges lost in the Cyclone of 1896.

Much more information on the park can be found on the Lafayette Park Conservancy's website at www.lafayettepark.org.